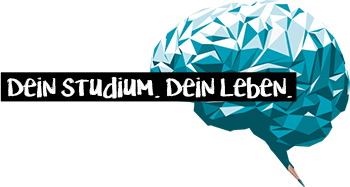 Are you inspired by stories? Stories can move us deeply and connect us with others.

During the Master's programme in Literary Studies, you will explore the world of stories by looking at questions such as: How do you analyse stories? What functions do they serve? And how do you learn to read them? You will look at how stories are told through literary texts, paintings, music and films. You will also learn how the publishing business works and about the role of literary criticism.

The Master's programme in Literary Studies teaches you to look critically at literary expressions.

English Literature in a Visual Culture

The specialisation English Literature in a Visual Culture is taught entirely in English and focuses on the dynamics between literature and visual culture. This includes, for example, the role of illustrations in 19th century literature or how the choice of a particular cover affects the sale of a book. You will also study the graphic novel, which has long grown well beyond its limitation to superheroes and even deals with themes such as the Holocaust. The content of the courses is linked as much as possible to the scientific research of the lecturers. This helps you become familiar with current developments in the field.

As a result, you will be widely employable in virtually the entire cultural sector. You will not only be able to work as a teacher, translator or editor, but you will also be qualified for a job in publishing. Because we continuously focus on developing your research skills, you will also be well-prepared for a PhD or research position at a university in the Netherlands or abroad.

I have an international degree

Admission is based on a strict selection procedure. The Faculty’s Admission Board will decide upon your admission after having evaluated your complete online application. In order to gain admission to one of our Master’s programmes, you will need to have at least a Bachelor’s degree from an accredited research university including at least three full years of academic study amounting to a minimum of 180 ECTS or equivalent.

The Master’s programme is intended for students with an academic Bachelor’s degree in English Language and Culture. It is also suitable for students with other Bachelor’s degrees in Humanities (e.g. History, Comparative Literature, Cultural Studies, American Studies) who also have a solid background (at least 30 credits) in English and American literature and culture.

You must always present official test results proving your proficiency in English. You can apply online without having the test results, but in case you haven’t taken a test yet we advise you to plan a test date as soon as possible. The qualification or test result must have been awarded no more than two years prior to the proposed date of enrolment. Below you will find the minimum English test scores for the English taught programmes at the Faculty of Humanities:

Exemptions from providing the English test scores are applicable to students, who:

The required evidence should, if possible, be included with the complete application. If either unsatisfactory or no evidence of English language proficiency has been provided with the application, admission will be conditional upon the provision of such evidence. This condition will be clearly indicated on the offer letter and must be fulfilled before enrolment at the Vrije Universiteit Amsterdam.